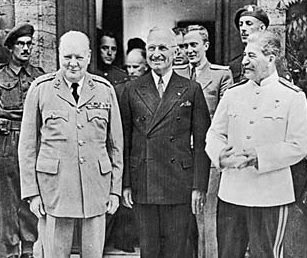 I was 15 years old when the first atomic bomb was dropped in anger, and the strange thing is, I don’t remember that a big deal was made of it at the time. The war was essentially over, we thought. Germany had already surrendered, and it was only a matter of time before the Pacific war was history as well. The atomic bomb that annihilated Hiroshima and the one that destroyed Nagasaki may have hastened the end, but I don’t remember that the country felt the slightest doubt about the outcome. Of course, at 15 I wasn’t exactly a student of history (in fact, it was my poorest subject), but other events – Roosevelt’s death, for instance – were well noted, even by me. Why didn’t I pay more attention to the dawning of the nuclear age?

Maybe the fault wasn’t totally mine. Maybe there was a national embarrassment about the incineration of hundreds of thousands of civilians, including women and children, and the propagation machinery was throttled back. But later the second-guessing began, and Harry Truman and everyone involved in the dropping of the bomb defended the decision as not only just but necessary. Some scientists who worked on the Manhattan Project had conscience attacks, but the politicians and military men were united in the mathematical logic that made Hiroshima and Nagasaki a slam dunk (so to speak). Without the atomic bomb, a bloody invasion of the Japan home islands would have been necessary, resulting in the inevitable death of far more people – including Americans – than were killed by the A bombs. Case closed.

It is an arguable if not compelling case, given an interesting spin by one historian, who noted that, had Truman failed to drop the bomb and an invasion caused millions of casualties, he could have been impeached or at least crucified in the court of public opinion. Then there is the case for dropping a “demonstration bomb,” showing the Japanese just how awful the thing was. We could have wiped an island (Bikini?) off the map, for instance. Then the Japanese would have surrendered. In C.P. Snow’s “Strangers and Brothers” a team of British scientists, racing the Americans to complete an atomic bomb, conclude that a demo was indeed the end game. “Surely,” one of them says, “no one would be crazy enough to actually use the thing.”

Well, here we are, 63 years later, fretting about the possibility that Iran is developing a nuclear weapon. We are trying to threaten them out of their ambitions, but it’s a tough sell: Nuclear-armed Israel, Pakistan, India, and Russia are all within easy missile range of Iran. Then, of course, there is the U.S., which can project nuclear power anywhere it wants to. An Israeli military leader has said that war with Iran is inevitable. The Iranian President may be a dangerous man, but he is not an idiot.

Ah, how clear-cut the options must have seemed to Harry Truman in 1945! The photos show him beaming between Stalin and Churchill at Potsdam, and well he might; at that moment, only days away from launching the Enola Gay, he holds all the trump cards. Harry probably didn’t realize it at the time, but it was the last time an American President could dream about Pax Americana. Four years later, the Soviets tested their own atomic bomb, and the world changed forever.
Posted by Fred Van Veen at 10:04 AM

The coming presidential election, historic as it is, has just been diminished by the sudden, tragic passing of Tim Russert, everybody’s friend, it seems, and everybody’s choice as the news giant of his time. Just as the playoff victory of your college team doesn’t seem to count until you read about it in the morning paper, viewers have come to depend on Tim Russert to certify political results, such as the fact that Hillary was essentially toast and Barack would be the Democratic nominee. Others might make educated guesses, but they usually made them through the prism of their own biases. You always knew where Chris Matthews was coming from, or Sean Hannity, or Keith Obermann, and so you made a windage correction. But with Russert no correction was needed. The man was always honest and fair, and the humility was genuine. (He would have said he had much to be humble about, because that’s the kind of guy he was.)

Professionally, he had scaled the heights of television journalism, and there were awards and honors to be proud about, but he was even prouder of his family, his Buffalo neighbors, his church, and an extended family that knew no bounds. We all felt we knew him, somehow, because we all seemed to share something with him. It could have been the experience of looking after an elderly dad or the pride of watching a son graduate from college. I like to think that he was enriched by his Jesuit education, because I know I was. Whatever your background, Tim just seemed to be the kind of fellow you’d like to down a beer with, or swap funny stories with, or sit next to on a flight from LAX to BOS.

It is the evening of his death, and tributes come from everywhere: from the media, of course, but also from academia, from The President and the Presidential wannabees, from the entertainment industry, from industry, from religious leaders. The owners of the Red Sox have just inserted their sentiments into the Sox-Reds telecast. There will be television specials tonight, with a flood tide of tributes pouring in from everywhere. All deserved.

Life isn’t fair. The untimely death of Tim Russert is a major news story, and Tim isn’t there to cover it. Even worse, he will miss the 2008 elections he looked forward to with such relish. But he will not miss them as much as the elections will miss him.
Posted by Fred Van Veen at 8:31 PM