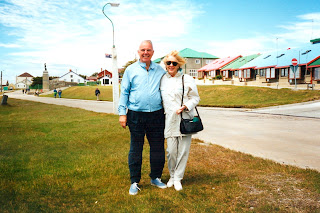 The  accession of Cardinal Bergoglio to the Papacy has turned the world’s attention to Argentina, and thus to the ongoing dispute between Argentina and Great Britain over the ownership of the Falkland Islands.  Adding to the turmoil, the population of the islands recently voted overwhelmingly to remain British. (The vote was 1514 to 3, of a total turnout of 92%.)  That doesn’t matter, huffed the President of Argentina, comparing the plebiscite to squatters voting to continue living in a building.  (Well, yes, but what if the squatters lived in the building for 160 years?)  Anyhow, most Argentinians seem to agree with their President; 59% in a recent poll thought the Falklanders should have no say in the matter.

The temperature seems to be rising. Most other South American nations agree with Argentina, though everyone agrees that the vote was free and fair.  Argentina holds strong cards, including the threat to close its ports to ships calling at the Falklands.  Apparently the Falklanders don’t take kindly to such threats, even in the face of growing isolation and financial hardship.

The Falklands are a pretty place. Jill and I visited the capital, Port Stanley, in 1998. The photo above was shot on that memorable visit. (The Economist calls the Falklands “the sparsely populated islands, which lack paved roads.” The writer has apparently never been to Port Stanley.)  The town was proudly British, with shops selling tea and woolen sweaters and tidy houses sporting flowered window boxes. Occasionally an RAF jet would shoot by, having taken off from the air base that serves as the Falkland’s principal link to far-off England.

In 1982, a war was fought between Great Britain and Argentina over the ownership of the islands. It was brief (two months), but there were over 2700 casualties, two-thirds from Argentina.  Could it happen again?  Before you answer, consider this: Could the U.S., still smarting from the cost of Iraq and Afghanistan, embark on a war with Iran or Syria?
Posted by Fred Van Veen at 12:01 PM