John McGlinn and The Song 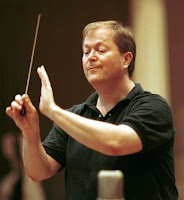 John McGlinn was an orchestra conductor and musical archivist. His lifelong passion was a quest for the original orchestrations of musicals, some well known, others long forgotten. He was, in fact, a musical archaeologist, rummaging through old warehouses and attics in search of history. In 1982, McGlinn made his biggest find, in an abandoned warehouse in Seacaucus, NJ - the original orchestrations for Showboat, the 1927 Kern-Hammerstein production that arguably was the most significant musical of the twentieth century. “It was like finding Tut’s tomb,” he said at the time.

McGlinn’s special mission was to find the original versions of songs written by Jerome Kern, regarded by many as the inventor of the American popular song. Many of Kern’s songs were written in collaboration with Oscar Hammerstein II (best known today for his later collaboration with Richard Rodgers). The Kern-Hammerstein partnership produced, in addition to Showboat, two other hit shows, Sunny and Music in the Air. Then, in 1939, the masters gave us Very Warm for May, which featured what I believe is the best love song ever written, “All the Things You Are.” The original orchestrations for this song were among the treasures that John McGlinn saved from obscurity.

The melody line is harmonically inspired. If you are in the mood for a dissertation on the song’s chord progression, you can go to http://en.wikipedia.org/wiki/All_the_Things_You_Are with a piano within reach. The bare-bones melody line doesn’t begin to explain the song’s appeal; it’s the harmony that raises the goose bumps, and that is why McGlinn’s discovery was so important.

The lyrics are Hammerstein at his best. “You are the promised kiss of springtime that makes the lonely winter seem long” may not seem special if you have never spent a lonely winter in Maine, but trust me, it rings the bell, as does “the breathless hush of evening that trembles on the brink of a lovely song.” That’s the kind of writing that drives would-be writers like me to desperation.

In 1990, the Boston Pops Orchestra devoted an hour to recreating songs from old Broadway shows, and they put that “Evening at the Pops” in the hands of guest conductor John McGlinn, proving that there is justice in the world after all. Luckily, I taped the program, so I can report that the beatific smile on McGlinn’s face as he conducted spoke volumes about his love for these orchestrations, especially the grand finale, the original Russell Bennett orchestration of “All the Things You Are” - just as the opening night audience heard it 50 years before, said hostess Kitty Carlisle-Hart.

The song is a double duet, with one couple singing the verse (rarely heard today), expressing frustration at their inability to “let my heart find its voice,” followed by the other couple’s all-out declaration of love. In the show, the hit song was sung by the foursome early in the first act, then reprised twice in the second act, suggesting that the producers knew where the gold lay. In the Pops concert, the two couples were joined by the Tanglewood Chorus. Talk about giving a great song its due!

Very Warm for May, despite a huge cast, lots of talent (June Allyson, Eve Arden, Vera Ellen), and the creative energies of Kern and Hammerstein, lasted only 59 performances. But it did leave behind a song that will live forever.

And John McGlinn must still be smiling – from above. A heart attack took him last year, at age 55.
Posted by Fred Van Veen at 4:17 PM