Rally 'Round the Beach, Boys

An epidemic of paranoia has broken out at Goose Rocks Beach. The disease is familiar to everyone who owns oceanfront property and everyone who does not but wants to share in the pleasures of the seashore. “The beach belongs to everyone” goes the chant, and it is taken up one year in Long Island, another year in Nantucket, and another in New Jersey. This year it is Maine’s turn.

It began when about two dozen beach-front owners, noting that their deeds defined their property as extending to the low-water mark, claimed the right to eject trespassers from that part of the beach they owned. “Nonsense,” said the Town of Kennebunkport, “people have been walking Goose Rocks Beach from end to end for many decades, and the beach is now public by prescriptive easement.”

In olden times, when Maine was part of Massachusetts, the public was said to enjoy the right to walk, fish, fowl, and whatever else passed for recreation in the seventeenth century – in the area between the high and low water marks. The Town dismisses any such constraints, holding that modern beachgoers should be free to indulge in such twenty-first century pursuits as Frisbee throwing, picnicking, and volleyball.

Wherever the War of the Beaches is waged, the press stands ready to frame it as a holy war, a battle between the privileged few and the deserving masses. For law firms, of course, the few and the masses are just so many billable hours.

The paranoia is especially virulent in these contentious times. What at core is a rather prosaic legal point – whether deeds trump long-standing usage or vice versa – has turned into a crusade, with the crusaders marching under a banner emblazoned with SAVE OUR BEACHES. One side paints pictures of fences sprouting up and down the beach and KEEP OFF signs on the beautiful sands of Goose Rocks. The other side warns that if the beach is surrendered, hordes of drunken teen-agers will converge on Goose Rocks at spring break, with dune buggies not far behind.

A crucial battle will be fought in June, when the Town will vote to approve (or not) a quarter of a million dollars in legal fees to flight the 25 property owners. This is a considerable sum in a Town whose population is about 3500. With appeals, it could become more considerable.

It all reminds me of a 50s novel, Rally ‘Round the Flag, Boys, by Max Shulman. The fictional town of Putnam’s Landing is chosen as a missile launch site, splitting the community into the hawks and doves of the day, and ending with an accidental (and hilarious) launch of an ICBM. The book was very funny, the movie (with Paul Newman) less so, but the idiocy of extremism is as ridiculous at Goose Rocks today as it was at Putnam’s Landing a half century ago.

At the prodding of my children, I recently watched American Idol and Dancing With the Stars, and I can report that both are (1) not as good as the younger generation claims and (2) not as bad as I had feared. Much is made of mediocrity on these shows, and the occasional talented performer is treated like The Second Coming. Most of the judges understand that they are there to feed the audience frenzy, either by overhyping the singer or dancer or by delivering a deserved panning (boos and hisses from the performer’s claque).

The shows are enormously popular, and, since they are relatively cheap to produce, ring the cash registers at Fox and ABC. So mine is a minority opinion, but that’s okay; I am often out of sync with popular taste. Some say it’s a generational thing, and that could be true.

I will have to admit that the format of American Idol and Dancing With the Stars is interesting and may be applicable to weightier subjects.

Consider the possibilities. The Republican Party, wishing to field the strongest presidential candidate in 2012, has each candidate deliver his or her best stump speech before a panel of judges, all eminent political consultants.

First, ladies and gentlemen, we will hear from that bombshell from Alaska, Sarah…..PALIN!!! (enthusiastic applause)

Palin does her best frontierswoman speech, punctuated liberally with homey touches and unflattering references to Harvard.

Judge 1: I knew you had it in you, Sarah, but you really hit it out of the park that time. A big YES! (ecstatic screams from the audience)

Judge 2. I think you need to work more on that accent, Sarah. You sounded too much like a Midwesterner. I’m afraid it’s a no. (loud boos)

Judge 3. Well, Sarah, you got my vote. That story about looking across the Bering Strait at Russia did it. A big big big YES! (hysterical cheering)

McCain: My friends, this country is in trouble. The country is bankrupt my friends, and yet our President has been saddling our children and grandchildren and their friends with a huge new entitlement. My friends, it’s time for a change. (and on and on in this vein)

Judge 1: (is caught by the camera, snoring)

Judge 2. Senator, that was the best I’ve ever heard you, and it was still terrible.

Judge 3. I think you need to liven it up, Senator. Maybe you could do a soft shoe, or do some rope tricks, like Will Rogers.

Huckabee: I’m going to sing a little tune I wrote on the way over tonight, and I hope y’all like it. (sits on a stool, plucks guitar)

(singing) You are my sunshine, my only sunshine
You’ll make me happy by choosing me
You’ll never know dear, how much I love you
Oh please give your vote to Mike Huckabee.

(wild, uncontrolled cheering from the audience)

Judge 2: I thought your singing was awesome, and you sure could play that guitar. And that song was the catchiest tune I’ve ever heard! (crowd yells “yes!”)

Judge 3: You just blew me away, man. I got all choked up when you sang that song. Mike, you are the greatest. (audience erupts, singing chorus of “You are my sunshine”) 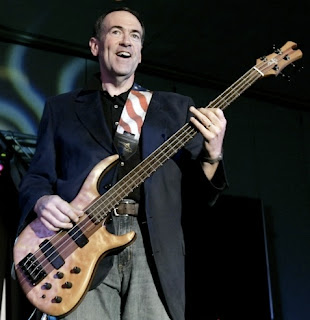 The President touched down in Maine today, presumably as a “let’s be friends” gesture to Senators Collins and Snowe, two Republicans seen as possible allies in future political battles. Then it was off to Massachusetts, to share a “video op” with Governor Patrick (up for reelection this year) and to raise funds for the Bay State Dems. Officially, it was a swing north to survey the wreckage from the recent rainstorms, but Rhode Island, the hardest hit State, was not on the itinerary.

Does all that sound cynical? Well, I’m sorry, but there is no other way to put it. Barack Obama, whom I once praised as a latter-day Cicero, has shown himself to be just another pol. “I don’t believe the American people want to put the insurance industry back in the driver’s seat,” the President said today in Portland. Okay, Mr. President, we get it, we get it: The insurance companies are crooks. This follows the following stump statement: “I didn’t come down on the side of the banks and financial institutions; I came down on the side of the people.” We get that, too: Bankers are not to be trusted, because they are conniving “fat cats.”

Since the President is too smart to believe all that, a cynical reading is the only possible explanation. He demonizes banks and insurance companies because his pollsters tell him that’s the best line these days and it is much, much safer than talk about the deficit or Afghanistan or Netanyahu or the unemployment rate.

The thing he is missing, I think, is that when a businessman hears the President attacking banks and insurance companies (with gusto!), he takes it as an attack on all business. The President just doesn’t know that he sounds as if he has it in for the entire private sector – the sector he needs on his side if we are to mend our economy. He doesn’t get it, because, alas, this President has never run a business. Or even worked for a business.

Or take his speech the other day on reforming student loans. He bemoaned the fact that students too often graduate from college handicapped by a heavy debt load. So, said the President, he is riding to the rescue, capping a graduate’s annual repayment to 15 percent of his or her income. But, he added, if the graduate goes into public service - if he becomes, say, a politician or a community organizer - the cap will be set at only 10 percent. What kind of message does that send to the private sector?

But, to return to the point, this is a political animal, pure and simple. The timing, the self-deprecating humor, the over-all level of oratory is pure music, and you have to admire it. But when you listen to the lyrics, you understand that this is a committed leftist, dedicated to shifting as much power as possible from the private to the public sector. One hopes that the economy survives the assault, but the issue is in doubt
Posted by Fred Van Veen at 11:32 PM